A wide range of instruments employing a number of different measurement principles report the mass concentration of black carbon (soot).  The reported values depend both on the characteristics of the source particles used in the calibration and the reference method applied, neither of which are unique or traceable.  The limitations associated with the reference method are avoided by using the centrifugal particle mass analyser (CPMA)–electrometer reference mass standard (CERMS) technique. All aspects of the CERMS technique are traceable to the SI, resulting in a traceable mass standard similar in principle to the calibration for CPCs.  The CERMS is capable of classifying and measuring in-situ reference mass concentrations down to levels below 1 μg/m3 and in real-time (~1 Hz). Additional advantages of the CERMS are its low uncertainty (~3 %) and its measurement of a well-defined quantity: total post-CPMA suspended PM mass. The classification of the particles is not affected by particle morphology or composition. When presented with a nonvolatile black carbon (BC) aerosol for calibration, CERMS may be used to calibrate instruments for the measurement of BC mass concentration.

Results for calibration of a number of instruments, including those based on photoacoustic (PAX and MSS), attenuation (CAPS PMssa), and laser-induced incandescence (LII 300) principles are presented.  A number of sources for BC are evaluated, including laboratory soot generators (MISG and miniCAST) and engine emissions (gas turbine and diesel).  The results show that the BC instrument responses for different sources do vary, as a result of differences in the particle morphology, internal structure, or composition.  As thermal-optical analysis (TOA) to determine elemental carbon (EC) mass is the reference method for the mass concentration measurement of aircraft gas turbine engine nonvolatile particulate matter (nvPM) emissions, a comparison between EC mass from TOA and nvPM mass from CERMS is also discussed and closure for mass is demonstrated under carefully-controlled conditions [1]. The sensitivity of the CERMS is shown by characterizing the limits of detection of the LII 300 and PAX instruments. The results support the use of CERMS with well-characterized BC sources to provide reference mass concentrations for the calibration of instruments measuring BC mass concentrations. 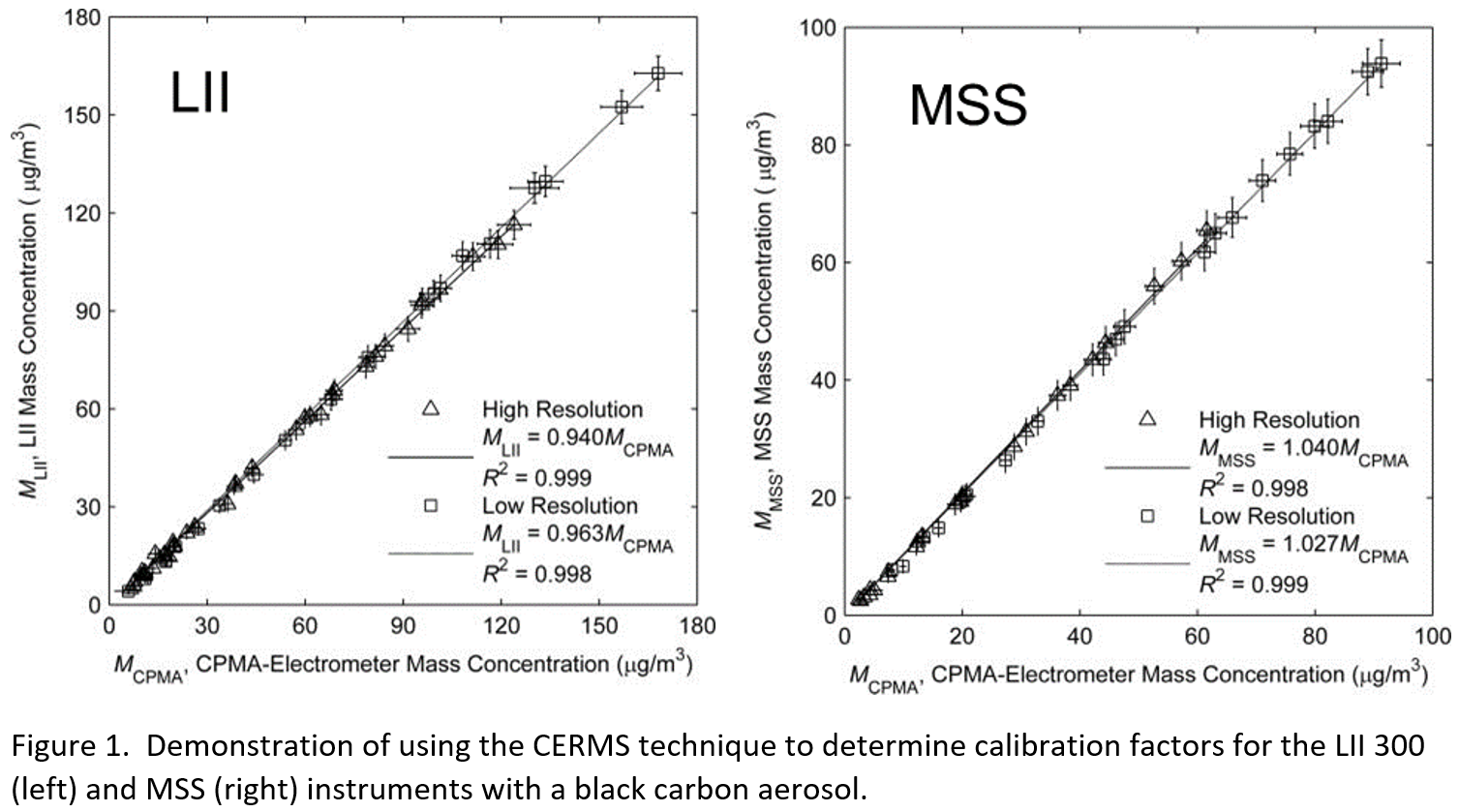